While I was a student at USC, my ultimate goal was to get a job, pay back my student loan, get married and live happily ever after. I signed my offer letter a few months shy of graduating and was ready to collect my paychecks so I could finally spend on the things I couldn’t do as a poor student: travel and shop. The truth is I didn’t have anything really pushing me to be the best I could.

My dreams were coming true, my boyfriend and I decided to get married, and I moved to San Francisco. I realized that it being a new city, I needed to make friends, so I looked for meetups I could join. I saw that there were many tech meetups I could go to, which was great. The bad part was I quickly noticed it meant I was around some very committed people who had been working as long as me, but were far more accomplished. The difference between them and I was that they really wanted to succeed, while I had just been drifting through, because I was doing “well enough”.

I joined Bay Area Girl Geek Dinners as a co-organizer in 2011, because I wanted to get more involved in the Women-In-Tech community, and also so that I could meet other women like me. Through my interactions and conversations, I found out I had been doing so many things wrong. I was guilty of not leaning in, much like a lot of other women. I had never negotiated my salary, or asked for a raise, and worst of all, I had stopped improving.

A memorable moment for me is when I met Sophia Perl; a mother of two, a product manager at eBay, and the creator of two mobile apps. How was she doing it all! I had to take a few steps back to understand that I could do it too. I just really needed to want to do it. 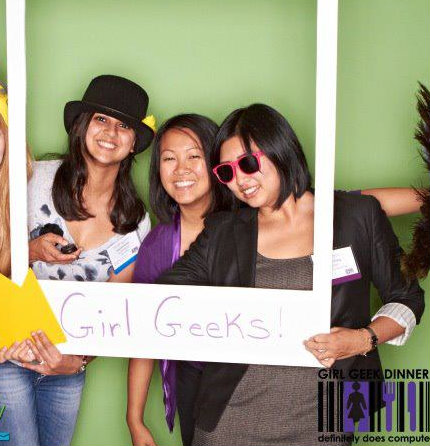 I immediately realized I couldn’t fret over the past, but had to move forward. I recognized I was a little out-of-date with my skill set, so I signed up for online tutorials and meetups. I went online to look at what forums said my salary range should be, and after some effort, gathered the courage to bring it to up with my boss. We also started talking about what I needed to do to get that next promotion. Finally, I started to take my career as seriously as my husband takes his.

I have since never looked back. I constantly make goals for myself, and ask for continuous feedback and if I feel like I have a different opinion from my co-workers, I don’t hesitate to bring it up. I am really excited to have found the passion and drive to never stop improving. My advice to any woman starting out would be to go out, find a network of women who can inspire you, and don’t be afraid to speak out, because if you don’t reach far enough, you’ll never hit your potential.